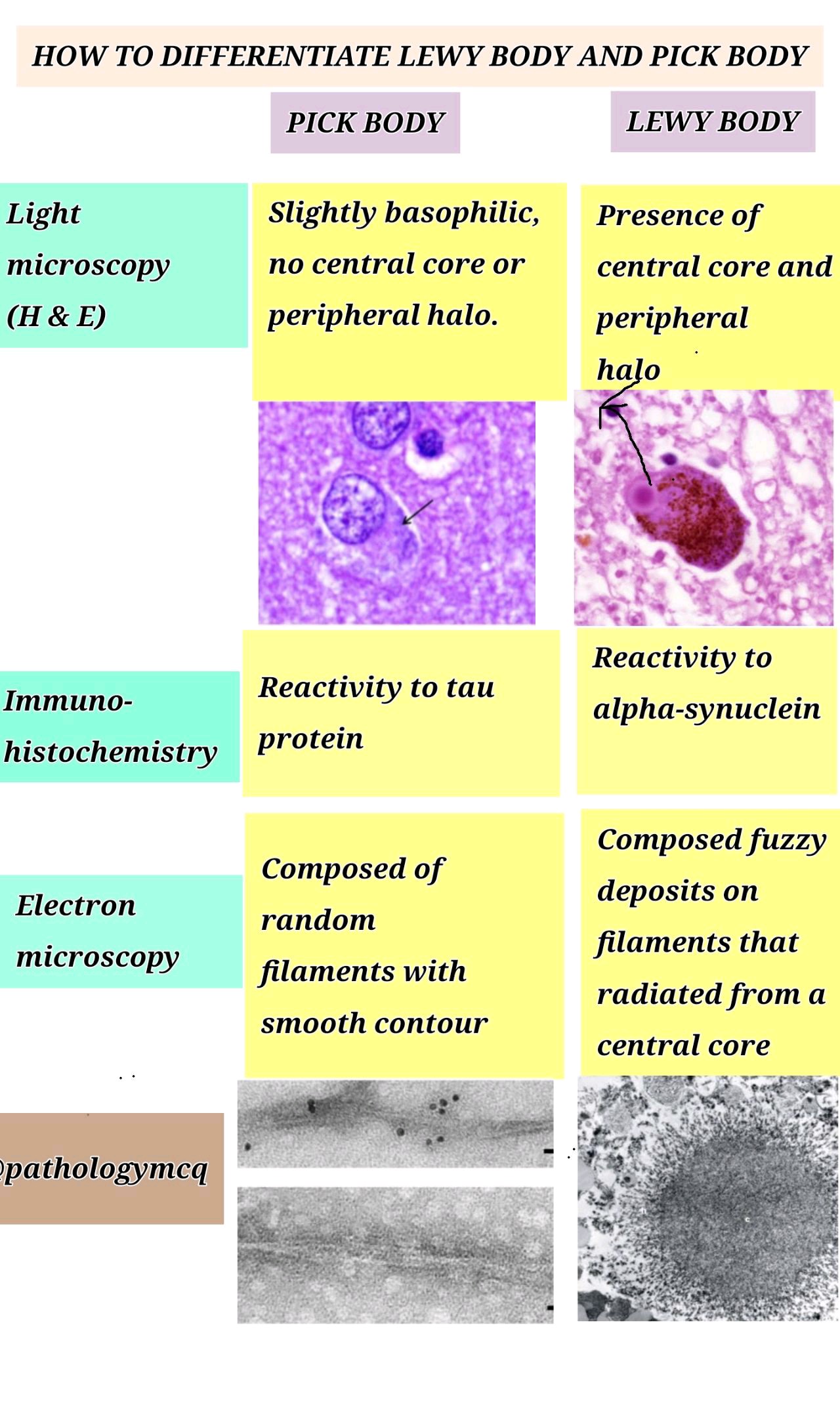 Degenerative brain diseases are seldom biopsied. They are diagnosed predominantly during autopsies. Lewy body and Pick body are particularly difficult to distinguish.

Pick bodies:  They are seen fronto-temporal dementia.  As the name suggests,  they can be seen in frontal and temporal areas.

Here are 5 ways to differentiate lewy body and pick body based on light microscopy,  immunohistochemistry and electron microscopy.

2. PRESENCE OR ABSENCE OF A CENTRAL DOT

Lewy body has an eosinophilic central dot, as in the above picture which pick body lacks.

3. PRESENCE OR ABSENCE OF A PERIPHERAL HALO

Liked the page? Why not leave a tip for it’s creators