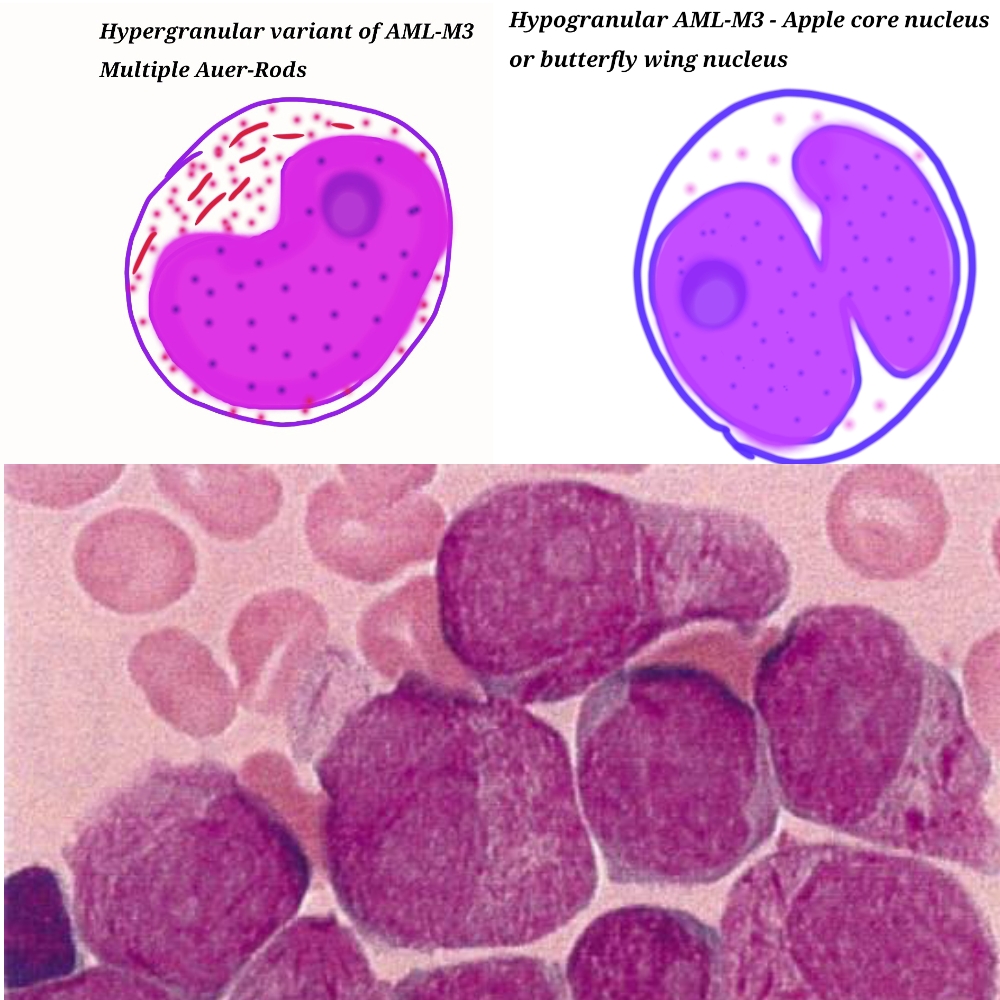 Acute Promyelocytic leukemia is an unique syndrome different from other forms of acute myeloid leukemia (AML).

From clinical symptoms such as disseminated intravascular coagulation (DIC) to unique chromosomal translocation – t(15;17) the list is endless.

Acute promyelocytic leukemia has two common variants- hypergranular (M3) and microgranular (M3v). It is essential to differentate the two variants because of prognostic purposes.

Let’s see a few key 🔑 differences between them.

2. Shape of the nucleus

M3v or the microgranular variety has a bilobed/butterfly shaped nucleus. The hypergranular variant has round to oval nucleus.

Why should you differentiate?

Watch the video for quick summary-

Differences between the types of human DNA variations

by pathologymcqs 11 Jun 2021
Liked the page? Why not leave a tip for it’s creators